The ASCE Utility Engineering & Surveying Institute welcomes new Governors Lynn E. Osborn, P.E., F.ASCE and David H. Widmer, P.L.S., M.ASCE on the UESI Board of Governors . Both Lynn and David began their 3-year terms of service on October 1 and will serve thru September 2019. They are replacing vacancies left by David Garber, P.E., F.ASCE and Kristina Swallow, P.E., ENV SP, F.ASCE . 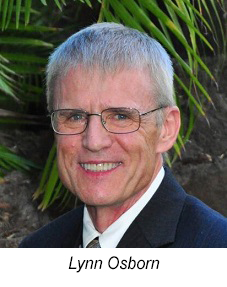 Lynn Osborn has over 40 years of experience in the water and sewer industry, dealing with pipelines, pump stations and treatment plants. He is currently the Owner of LEO Consulting, LLC, an engineering consulting firm specializing in the trenchless rehabilitation of pipelines. Lynn also serves as NASSCO’s Technical Director on a part-time basis.

Following a tour of duty in the United States Army, Osborn returned to school and graduated with B.S. and M.S. degrees in civil engineering. His first professional job was with Wilson & Company, a consulting engineer, where he spent 9 years. He eventually became the Product Manager for environmental engineering.

Osborn then joined Insituform, a company specializing in the trenchless rehabilitation of pipelines, where he worked for 31 years providing a wide range of engineering services. Over those 31 years Insituform progressed from a manufacturer and technology provider to a large, global contractor. He retired from Insituform in December, 2014, and started LEO Consulting.

Lynn has been an ASCE member for over 40 years and active in ASCE’s Pipeline Division for 28 years. He has held multiple roles in the Pipeline Division, including the Chair of the Executive Committee and serving as the Technical Program Chair or Co-Chair for three past Pipelines Conferences. In 2001, Lynn was awarded the ASCE Pipeline Division Award of Excellence for his contributions. 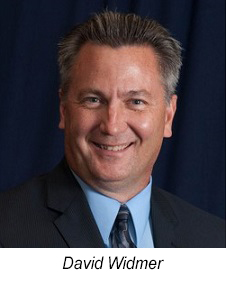 David Widmer is a resident of Rochester, Pennsylvania, and is currently the past president of the National Council of Examiners for Engineering and Surveying (NCEES). David was a member of the Pennsylvania State Registration Board for Professional Engineers, Land Surveyors, and Geologists from 1991 to 2011 and is now an emeritus member. He served as treasurer for NCEES and Northeast Zone vice president.

Lynn stated the following on the opportunity to serve on the UESI Board:

“I am quite excited about becoming a member of the UESI BOG in only its second year of existence.  I became involved in the Pipeline Division in 1988, and when I joined the Division EXCOM in 1996- the most important order of business was to evaluate the possibility of the Pipeline Division becoming an Institute.  We eventually decided that the time was not right, but now some 20 years later it has become a reality.

Combining the Pipelines Division, the Surveying and Geomatics Division and the Utility Risk Management Division to form UESI was a great idea because of the synergies between these Divisions.  The total UESI is and will continue to be much more than the sum of its parts.  I would like to thank UESI for allowing me to serve on the BOG.”
David stated:

“What an honor it is for me to serve on the Board of Governors of UESI.  I can only hope to fulfill the position to the best of my ability and to serve in the most professional manner possible being able to address the issues both before us as well as ahead of us.  I believe my prior experience as a member of the Pennsylvania Registration Board for Professional Engineers, Land Surveyors and Geologists for 18 ½ years and my over 24 years of involvement with NCEES including having served as NCEES President in 2014-15 bring about a different view than most, that being from the licensing side.

Of particular interest to me is the ongoing “engineering surveys” issue that many practitioners today have had no formal education to do and which have created harm to the public.  I would never say that this is a professional engineering issue only because there are professional surveyors who have done poor work but the mere fact that most civil engineering programs no longer have the required credits in surveying to be able to perform at a minimum competency level, is an issue that needs addressed by all effected parties.”
To contact Lynn and David by email.