A civil lawsuit was filed by Lawrence County against Butler County with respect to the location of the dividing line between the two counties and more specifically as to it’s location at/near the I-79 and S.R. 108 interchange due to proposed construction of a truck plaza.

The three Commissioners met in the offices of WIDMER ENGINEERING INC. during their first face to face meeting on October 10, 2017 to go over research and information gathered to date and to discuss additional work assignments. Tentative dates for the public meetings are set for December 11 and 12, 2017. 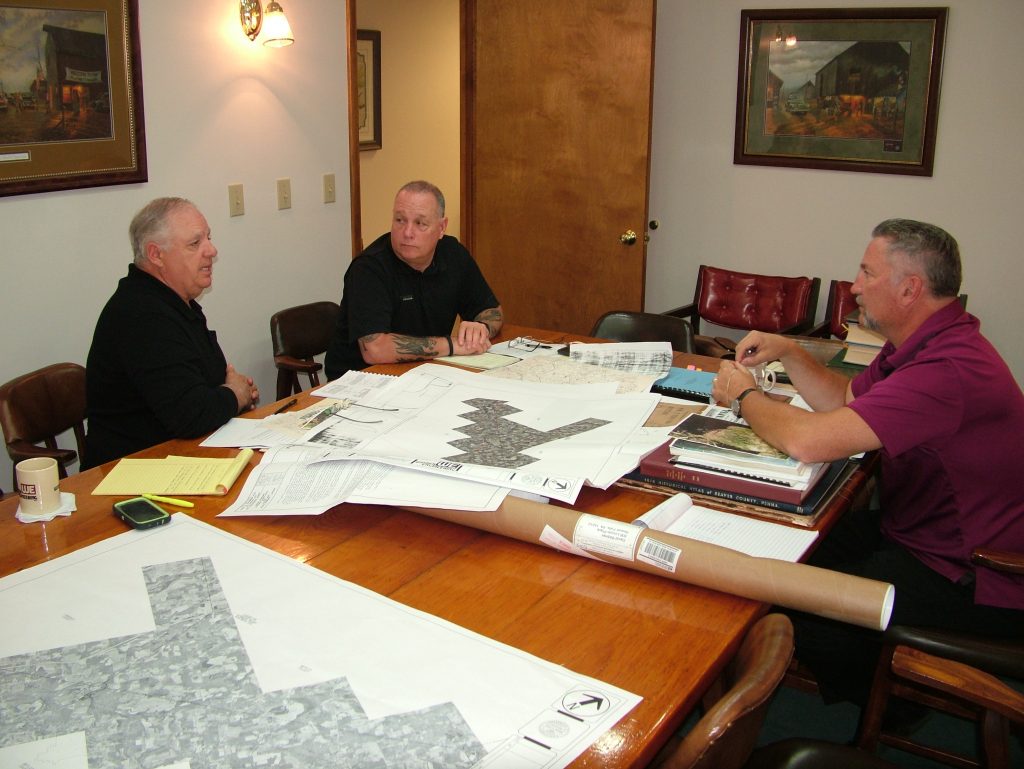 The Commission meeting to discuss the issue.